Thank you very much for your message and kind words.

It took me a night trying to find the right words. I saw your message with great sadness and it is hard for me to realise the new situation. Brazilian football and VAR without you and Manuel is currently unthinkable. We met at the very first VAR meetings and you provided so many unforgettable moments. The footprints you leave are bigger than Brazil! You can be very proud of all this. It has always been a pleasure to work with you and throughout all my years in VAR I never met such a positive, engaged, fair, reliable and competent person in one as you!

Thank you very much for all your support and the excellent work you have done. I will never forget our time and cooperation and we will meet for sure again!

Big hug my friend. You are an amazing person!

With VAR, refereeing commission celebrates a 80% reduction in “major mistakes” in the Brasileirão

According to Leonardo Gaciba, the number of mistakes made in the Brazilian National Football Championship (“Brasileirão”) dropped from 188 to 36. The Statistical Spy feature reviewed all 755 match interruptions due to VAR reviews and tells the full story.

“The first challenge related to VAR intervention times. Once we overcame this challenge, we moved on to the scope of VAR interference. And after we grasped what that scope of interference was, VAR’s acceptance increased. The number of major mistakes dropped from 188, last year, to 36 this year. Today, each goal is examined much more in-depth than before”, said the president of CBF’s Refereeing Commission Leonardo Gaciba. For purposes of this article, major mistakes denote incorrect decisions made by the referees, such as, for instance, a red card or penalty offence incorrectly awarded or that should have been awarded.

“FIFA never promised that everything would be flawless. We are there to avoid unquestionable mistakes from taking place, the rest remains the same. There will be residual errors, in spite of the comprehensive VAR resource. Fans, in general, will need to learn that certain plays will never be unanimous since they are interpretative by nature. Moreover, VARs should not intervene in said plays. We need to be concerned with unanimous mistakes”, Gaciba stated.

What did VAR change in the 2019 Brasileirão?

Throughout the 380 matches of the Brasileirão, minute by minute, the Statistical Spy feature measured and ranked all instances where referees signaled players to wait before play could be restarted. This time measurement took into consideration four distinct situations: the offence to be reviewed until play was stopped (with the ball still in play); the referee signaling the match to stop until VAR made its decision; whenever appropriate, the signal made by referees before and after heading over to the sidelines to carry out reviews, and the time needed for the ball to be put back into play again.

Here, we list times taken solely by VARs during both VAR and on-field referee reviews. The time that it takes for the ball to be put back into play in a match additionally depends, in many cases, on players’ goodwill and cooperation.

Time taken by VAR when a decision was overturned/changed:

Time taken by VAR when a decision was not overturned/changed

Matches with most VAR review interventions

If the tournament had an average of one decision overturned/changed each two matches, on others these figures obviously were significantly higher. The record in calls overturned/changed was three, in four different matches, most of them already in the second round of the competition.

Of the 380 matches of the Brasileirão, 219 were stopped at least once for VAR reviews in the first half (58%). Of these 219 matches, in 84 of them stoppage times were either smaller than the time taken for VAR reviews or less than one minute (38%) .

“The trend is for match times to increase even further. Today, fans in general no longer find five or six minutes of stoppage time something unusual. To increase this time even further is a matter of training for all those engaged with refereeing”, Gaciba stated.

Number of matches per round in which stoppage times added on at the end of each half were smaller than the time taken for VAR reviews — Picture: Statistical Spy

During the competition, Leonardo Gaciba came up with a metaphor to help refereeing teams grasp the scope of intervention the organization was aiming for.

“What matters most is for the fans in general to understand that the number of mistakes has plummeted, that players grabbing each other inside the penalty area is something that has disappeared from football, that the average number of fouls dropped in comparison to last year’s edition, and that less cards were awarded in comparison to last year, particularly if we take into consideration sanctions awarded to coaching staffs this year. The trend is for this to continue improving. For the first year with use of VAR in the Brasileirão, we had very good results. In England, referees underwent two years of training, though when they started using VAR in real-time, they also faced problems and backlash.

Number of match interruptions due to VAR reviews per round

Average review time per VAR interruption, per round

Average review times in each VAR intervention, per round — Picture: Statistical Spy 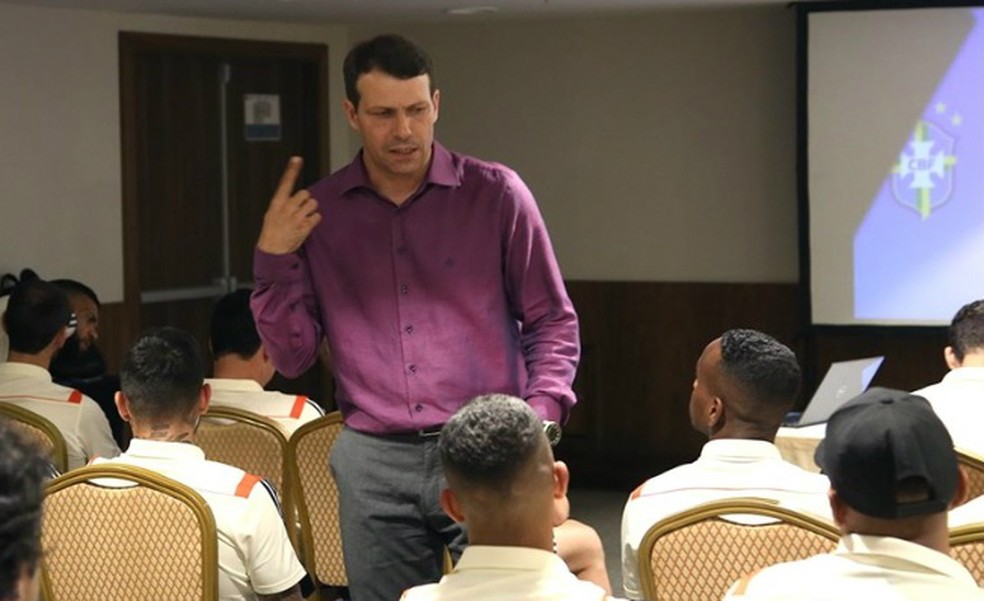 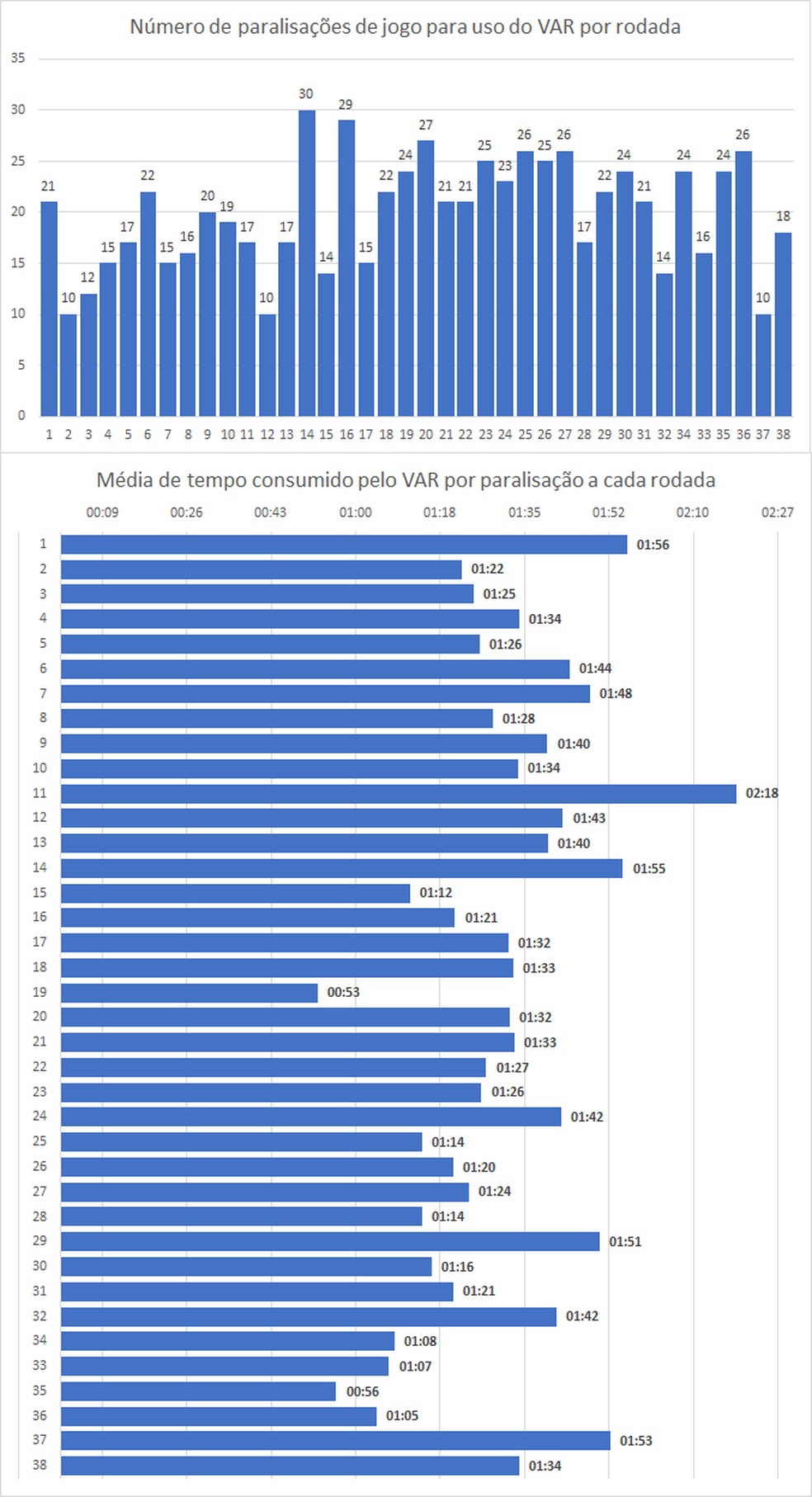